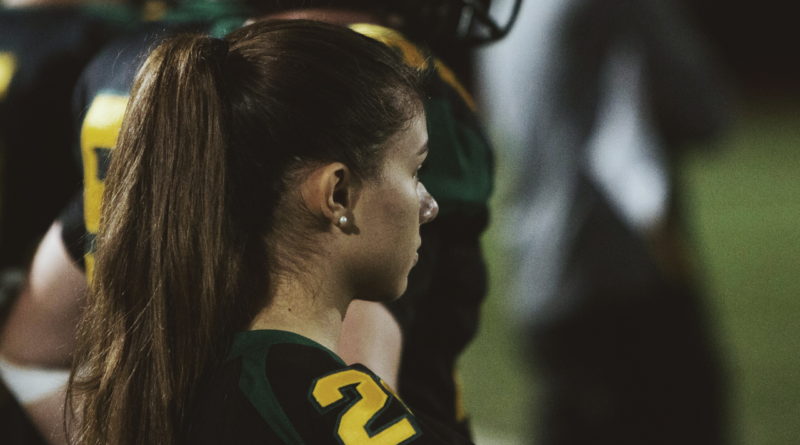 Running back Austin Fields gets the ball and starts running towards the end zone. Every single person in that game was running behind him, including those of us on the sideline.  Once he scored, everyone ran down to celebrate, hugging and banging helmets. Well, not the helmets part for me.

I’m a big football fan, I get excited while watching games, but the roller coaster of emotions while being on the sidelines during the CVHS vs. James Logan match was definitely one of the greatest experiences.

For everyone out there that thinks being a football player is just running and tackling people, this article is for you. With the help and supervision of football head coach Denny Molzen, I joined the football varsity team for a week. From practice and study hall to team dinner and game day, I got to completely experience what it felt like to be a football player.

With my only previous football experience in the annual girls powderpuff game, I really didn’t know what to expect. My first day as a football player was mind blowing and I got off the field completely shocked.

“Ready, hit,” were the words that started my first day of practice. Being the only girl among more than 20 male football players was a little nerve-wracking and it sounded like a better idea in class before I got to the field.

Coach Molzen and I discussed the terms and rules since days before, and he did an incredible job throughout the week to ensure I was feeling comfortable and getting as much insight as I could.

For safety reasons, I only participated in non-contact drills. Every day varied, some days I did some running drills, others, I helped catch footballs or did weight lifting. But even without the security limits, it would have been really hard to keep up with such great athletes. The level of not only varsity, but the entire football program is something you cannot reach within just a couple of days.

There are two things that really impressed me: some of the drills, and the amount of concentration and mental strength this game requires.

One of the drills that stucked in my mind looked pretty simple and basic at the beginning as players ran with the ball. But out of the blue, Molzen joined in with a big black pad hitting the players trying to knock the balls loose, teaching them to hold on tight and not fumble. The sound of helmets and pads hitting against each other was really intimidating during the first days, but towards the end of the week I believe I actually learned to enjoy it.

The second thing, and the one that had a bigger impact on the way I viewed this sport, was the fact that this is more of a mental game than it is physical. Besides the pain and physical exhaustion, the players also had the coaches constantly pushing them hard.

“Football prepares you for life. When you go out to the real world you have to be committed, on time and work really hard. If you don’t, you get fired and in football you lose,” said senior Ricardo Rodriguez. 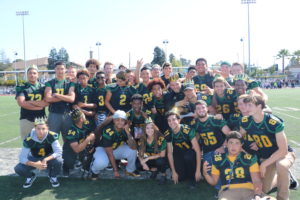 My favorite part of this whole experience was team dinner. Being part of the football team is not an individual effort; it becomes a family commitment. Every Thursday before a game, a different player hosts dinner for the team. There’s food, team bonding, laughter and games.

When I first got to the house it was a little weird for the parents, but after a while they noticed how well I had bonded with the team. We ate and played some games; I don’t think I had ever laughed as hard as I did while playing basketball with the boys. If there had been any awkwardness between any football player and me up to that day, after dinner it was definitely gone.

Friday came, it was game day. As part of the team, I had to wear my jersey to school. I got some looks from curious people and a lot of “Are you really on the football team?” After a while, I just started saying that yes, I was indeed part of the football team, at least I was for a week.

The players and I had to show up at the field two hours before the game started. First, they got taped and I got to watch. But since I couldn’t be in the locker rooms with them I had a whole hour of being by myself in the bleachers doing homework, waiting for the team to come out. Perks of being the only girl on the team.

It was a tough game. James Logan scored the first touchdown, and when we were about to tie, the referees decided to override Field’s first scoring play.

During half time, Molzen talked to the team to emphasize the importance of being “all in” during the game.

“This is a team. There can’t be only a few people giving their all and leaving their hearts on the field. If you don’t start acting like you understand what ‘all in’ means, we’re not getting anywhere, no matter if we win or lose,” said the coach.

After struggling for a while we got that tie, but unfortunately the Colts took back the lead and later won the game, 41-28.

Still, it was a great experience. I learned that the commitment that student athletes make is huge.  These guys are driven by passion and talent, anyone who gets the chance to see them work notices it right away. I not only got to learn about football and work out a little bit, but I got to meet amazing guys and prove to myself and everybody else that this game means something to girls too.