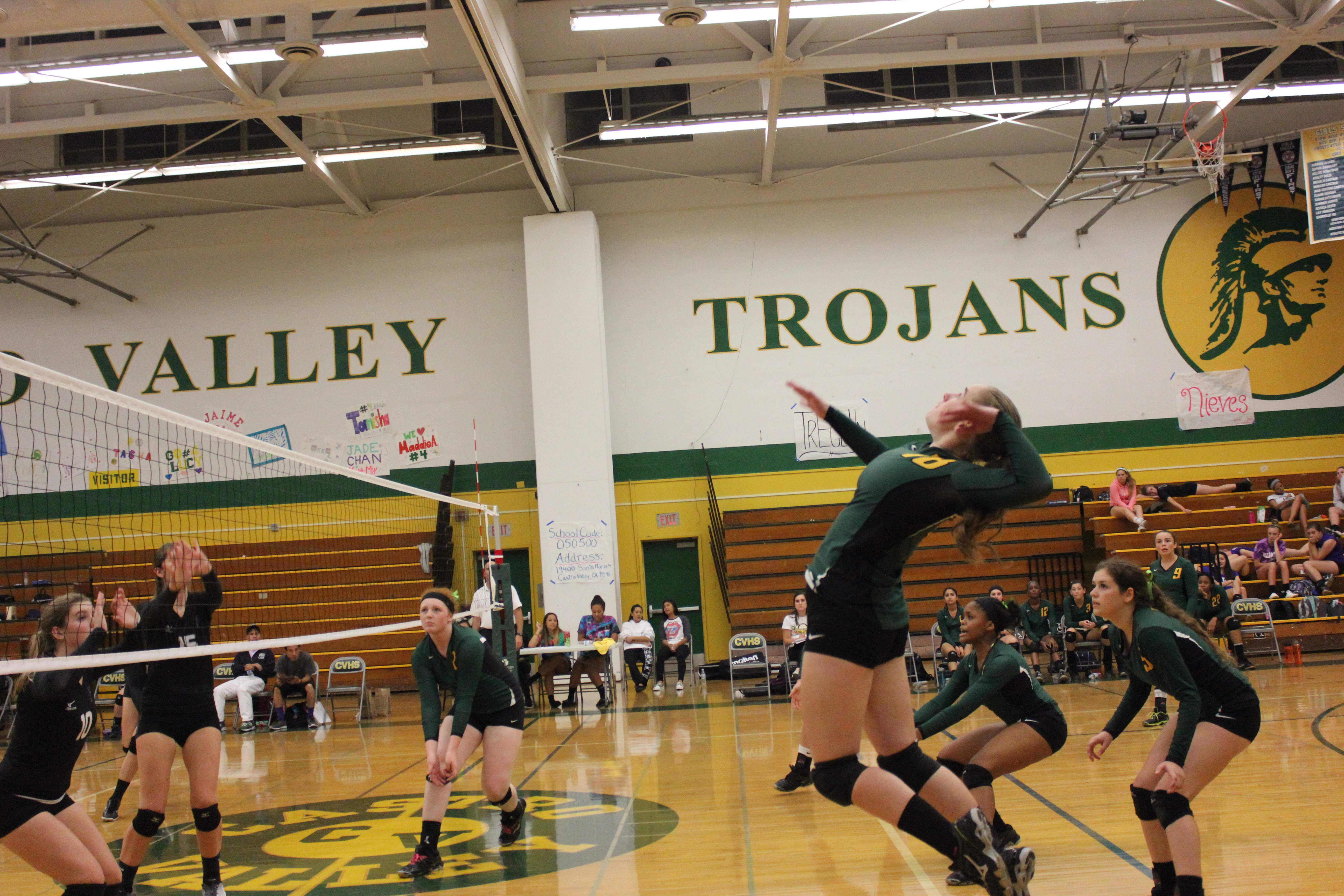 The team was off to a solid start, losing the first set by only four points, and clinching victories in the second and fourth sets. The Trojans entered the fifth and final set on equal footing with Piedmont, both having two wins under their belt. The team fought fiercely, but unfortunately, things did not turn out as hoped for the Trojans. The final set ended with a score of 15 to 9, Piedmont.

Despite the game’s unfavorable end, the team is still happy with how it played.

“We fought for every point, we didn’t give up,” said team member Christine Robertson.

“We just needed to play defense more than we did, and to stop digging ourselves in a hole.”

Although they are disappointed, the team members know what cost them the match and are ready to fix their errors.

“I think our nerves got the best of us, and we were so determined to win that we weren’t focused on the game,” said junior Reenah Harris.

When asked what the team could have done better, she simply replied, “Communication.”

Coach Tiffaney Riggs was very proud of the girls’ performance, in spite of the loss, and called it “one of the best performances all season.”

“I could tell that they really wanted to win this game,” said Riggs. “We just made a lot of mistakes early, and that gave the other team momentum. If we had just played a little smarter, I think that would have been all the change.”