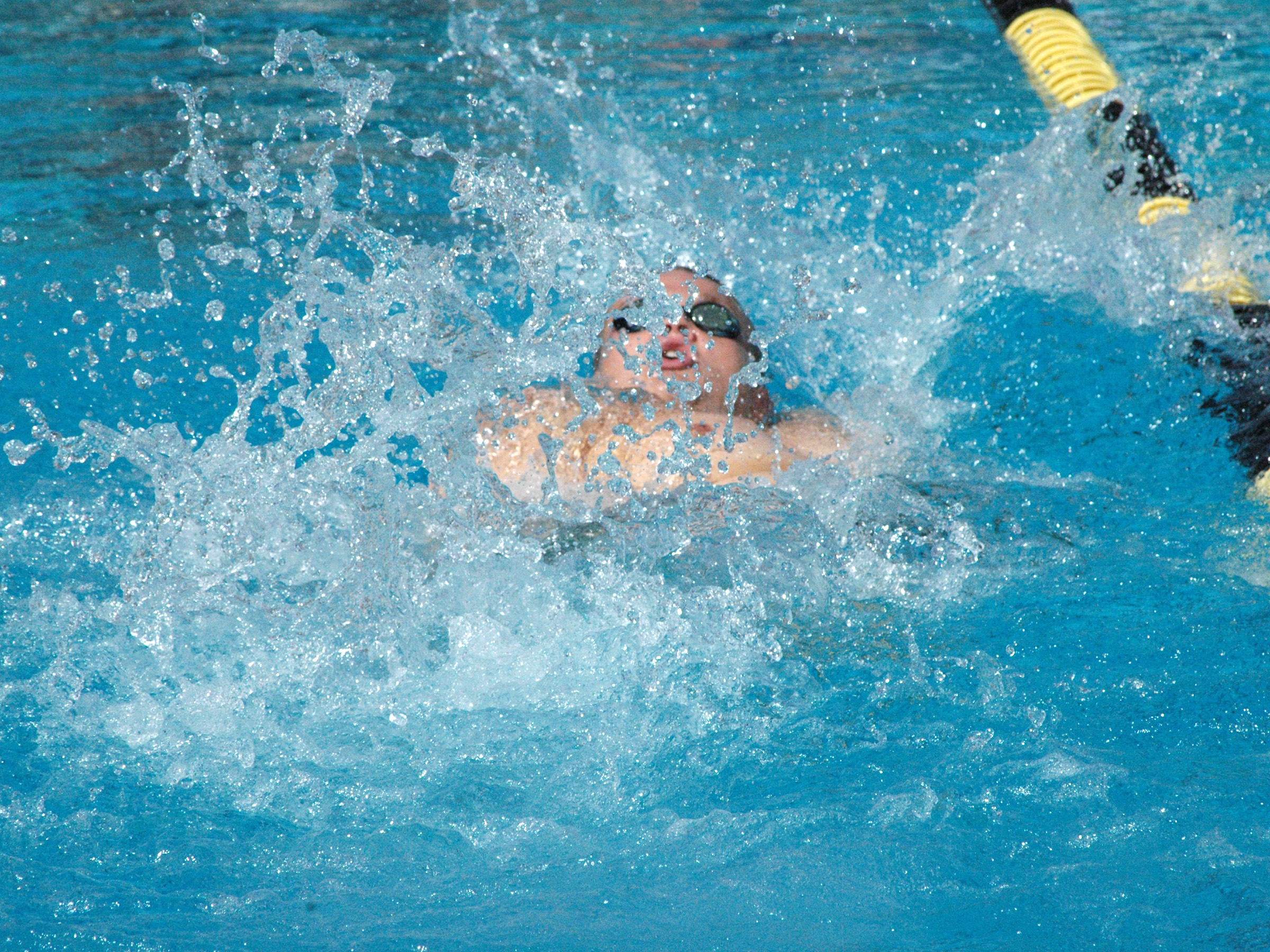 Castro Valley High’s boys and girls swims teams, both varsity and junior varsity, all won at the WACC championships on May 11. This makes the boys team one of the first boys teams to win a championship in the new league and the girls team the very first Trojans team to win.

The boys varsity team beat the second place team with a 194 point advantage, scoring a 538 over Bishop O’Dowd’s mere 344. Alameda took third with 324.

The girls varsity team also beat the second place team with more than a 100 point difference, scoring a 508 with Alameda following distantly with a 383.50 and Piedmont followed for third with 334.50.

Coach Brian Berry won coach of the year honors, last year and this year. “You aren’t supposed to win twice,” he said laughingly.

Several records were broken at the WACC championships. The varsity boys 200 medley relay team which consisted of Alex Gibson, Carson Sand, Bronson Brown and Miles Teague broke a record with a time of 1:38.48. The boys and girls varsity 400 freestyle relay team both broke records. Carson Sand, Victor Deng, Bronson Brown and Miles Teague had a time of 3:14.31 and Lucianna Balica, Laura Machiavello, Kate Miller and Lauren Wirdzek had a time of 3:38.37. Carson Sand also broke the 100 breaststroke record.

“It’s always impressive when a record is broken,” said Berry.

The swim team will move on to NCS at Concord Community Pool on May 18.

“It’s exciting because we have more competition in this league than we had in the past,” said Berry.