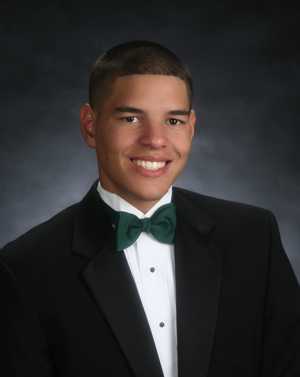 Jonathan Johnson, a class of 2010 graduate, has been well remembered these past few weeks after he was killed in a car accident on Friday, Nov. 19 in San Francisco.

Johnson immediately gave his friends and teachers at CVHS a pleasing impression of himself as he transferred here last November from Tracy High School; he engaged himself in the drama department and made the wrestling team.

“He was such a positive and sweet guy,” said drama teacher Tiffany Daily. “He had so much to offer not only in class, but in general. It’s just so tragic to realize that he can’t show that ‘good to be around’ attitude anymore. He would’ve had such a bright future, but one mishap…and it’s gone.”

According to police, the vehicle, driven by a 14-year-old boy, went out of control westbound on Ocean Avenue, struck a light pole and crashed into a tree. Johnson and another 18-year-old passenger, Benjamin Powell of Hayward, were both thrown from the rear seat of the car and killed; the two were not wearing seatbelts. The third passenger in the rear seat area was hospitalized and had critical injuries.

Josh Wheeler, English teacher and wrestling coach, was one of the first to find out about the crash; he called school administrators, who then called teachers and guidance counselors. Wheeler was Johnson’s coach and teacher last year. Another one of the teachers who first found out was English teacher Amanda Staab who felt complete heartache when she received the news.

“Jonathan―he was too young,” said Staab. “He was like a flash into my life and now, he’s…gone. It was sort of like a shooting star; he was so bright and had that big smile.”

He was indeed a shooting star, with his big personality and smile, and brought that same personality to his close friends as well. Junior Dwayne Bracy, his wrestling teammate who knew Johnson since middle school, said he will always remember his joyful personality and goofy characteristics.

“He was always laughing and fun to wrestle with,” said Bracy. “It’s weird because I was just hanging out with him at Taco Bell two days ago, just talking and cracking jokes and stuff. I’m going to miss him.”

Junior Andre Decoito, also a wrestling teammate and friend of Johnson, always knew him as a good-hearted guy.

“He always kept the environment so fun,” said Decoito. “I remember when he was talking to me and some other friends at Winter Ball, and he said to us, ‘You know, I’ll never forget you guys,’ and that’s when I knew that he was a good friend in my life.”

Johnson always knew how to present himself to people with his charming smile and positive attitude.

“He was an amazing young man, and was not afraid to show his affection in front of his friends towards me and his little sister, Maia,” said Monica Johnson, Jonathan’s mother. “I called him an ‘Old Soul’ because he had a way of giving uncanny advice that can only come from a wise man.”