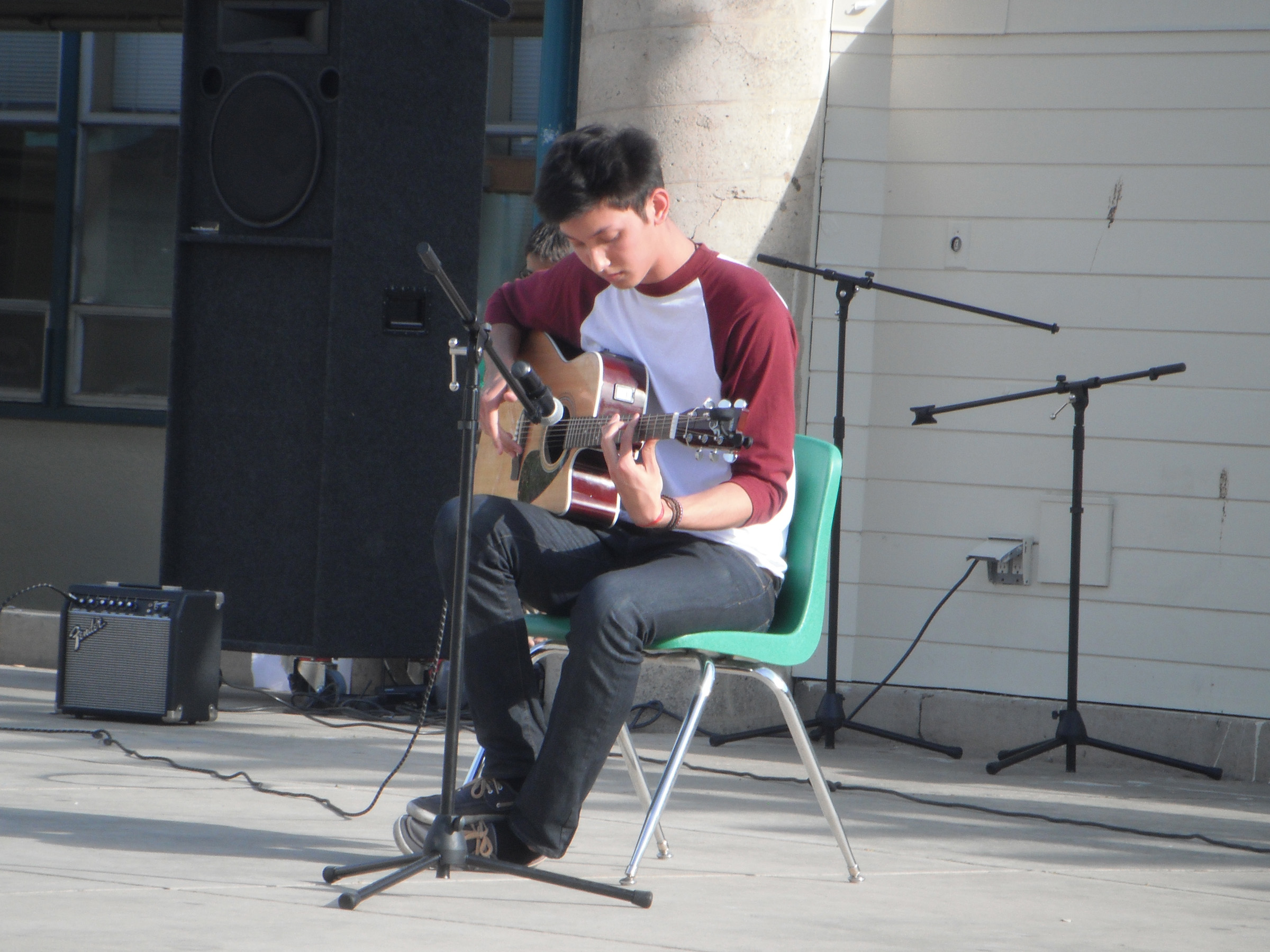 Trojans of all grade levels took to the stage and displayed their many talents at the first CVHS Talent Show on March 29. Musicians, singers, and dancers boasted the bravery and talent needed to perform in front of their peers, who cheered wildly with support for every contestant.

Judged by cafeteria manager Janet Roselius and teachers Josh Linville, Jason Marlis, and Josh Wheeler, the Talent Show was an energetic and overall an amazing spectacle in which performers competed for the champion belt, designed by teacher Jennifer Jervis.

“This is really awesome,” Marlis remarked. “They were all around really good performances, and it’s way better than screamo bands like in Battle of the Bands!”

With magnificent performances such as seniors Destinee Roy and Tiffani Truscott singing “I Dreamed a Dream” from the musical Les Misérables, the Talent Show was anything but “screamo.”

In addition to showing off the performing skills of CVHS students, the Talent Show also exhibited the diversity in talents that students have. Junior Susan Wang sang beautifully in her astounding performance of Adele’s “Someone Like You,” while a small group from Urbanize, consisting of sophomores Grey Janowski, Khiem Nguyen, and Christopher Tran, and freshmen Matthew Majør and Santi Trajano, received constant cheers from the audience while they break-dance.

“I really like being on stage, and having an audience listen to what I have to sing from my heart,” said Wang.

In the final act of the Talent Show, junior brought his acoustic guitar on stage and performed “These Moments” by Antoine Dufour. Ma’s unbelievable talent allowed him to win over the cheers of the audience and judges, in addition to the champion belt.

“I love going up and showing everyone something new,” Ma said. “I want to show people something they haven’t seen before.”

The excellent performances and artistic skills all the performers brought to CVHS’s first talent show made it truly an incredible event, and only set the stage for more shows in the future.

“The Leadership Class is very happy with the turnout, and happy with everyone that came out to support their friends,” stated ASB President Victor Hernandez-Vega. “We can’t wait to have this event next year!”