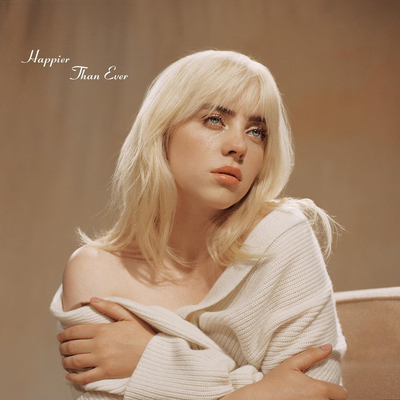 Marking an impressive number six on Billboard’s top 100 albums, Billie Eilish’s sophomore album “Happier Than Ever” is a shockingly stunning piece of art, offering a new look on modern-day pop. This album offers you a whole new level of escapism into a different world, a different galaxy even. With her melancholy yet mesmerizing sounds, you won’t be able to take your headphones off.

After Eilish’s internet-sensation first album, she had a lot of pressure put on her to produce one of the best sounds the fans have heard yet. She definitely did not disappoint. It’s an album that feels more intimate than the first one, offering a candid coming-of-age view. These songs make you feel as if you are entering an interstellar state of mind, one you never want to come out of.

It seems many others have this same opinion, as the album has an outstanding average rating of 4.8/5 stars on Apple Music. Throughout the whole 16 tracks you will get carried through grief, happiness, and relief all stemming from the 19-year-old’s breathtaking lyrics.

Eilish talks about some strong topics in her songs, really speaking out for women worldwide. “In the public eye, girls and women with strong perspectives are hated. If you’re a girl with an opinion, people just hate you. There are still people who are afraid of successful women, and that’s so lame,” Eilish said during an interview.

The lead song on the album and fan-favorite is also titled “Happier Than Ever.” The song starts off with the lyrics, “When I’m away from you, I’m happier than ever, wish I could explain it better, I wish it wasn’t true.”

“It wasn’t forced, it wasn’t pressured, it wasn’t scary,” Eilish told Apple Music on the making of the newly-released album.

“Happier Than Ever” was released July 30, and by only the second week of this album being out in the world, it had a shocking 59 million listens, only on Apple Music.

Not only did this album turn me into a Eilish fan, but it seems to have done the same to many. “Happier Than Ever” is a must listen. The way Eilish writes makes you go through the lyrics and feelings of the songs right along with her, and takes your mind on a field trip across galaxies you may have never even heard of.