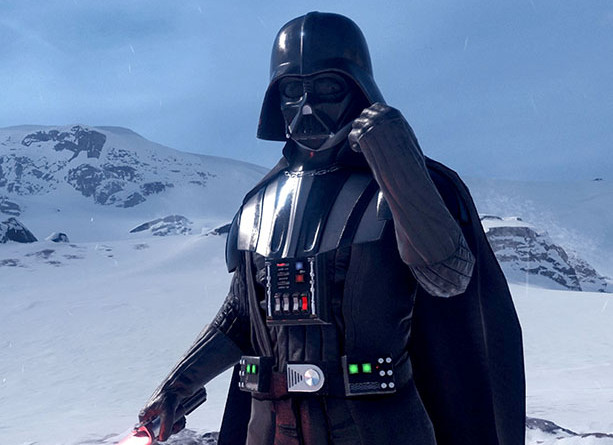 Star Wars Battlefront: Battle of Jakku,  is finally here, and this newest addition to the Battlefront saga is a brilliant masterpiece that has gamers dying to play it. Fans of the upcoming Star Wars movies are eager to play it too, especially with the upcoming seventh movie to be released this month.

This new game takes the all-the-fun game mechanics that many game-playing high schoolers are accustomed to in other multiplayer games, and puts them into massive battles of large, 40-player lobbies. You can customize your character’s appearance, purchase weapons and upgrades, and chose “emotes” that you can taunt the enemy with. Not only that, but the graphics are phenomenal. From the glimmers in the snow beneath you, to the individual scratches on the Stormtroopers’ helmets, every part of the game is crafted to be visually pleasing.

With all this said,  it’s easy to see this game as the beautiful gem that it is, and look past its small flaws. Now, it should be said that a game like this can be played without knowing a thing about the Star Wars universe. Anybody can jump into a game like this and simply enjoy the fun of shooting laser guns and flying spaceships, but Battlefront games have had many interesting ideas for stories that intertwine with the main storyline of the movies.

Battlefront 2 started the trend by showing the player the unique journey of an elite clone trooper division known as the 501st legion and how they went from loyal soldiers of a democratic republic, to reluctant troops of a tyrannical empire.

Then there were even the Battlefront games for handheld consoles like Elite Squadron, which illustrated the story of two unique clones and how they eventually came to fight on opposite sides of the civil war after the conclusion of the third film.

To see the newest and greatest iteration of this saga focus primarily on multiplayer is a bit sad, to be honest. But again, if you could care less about plot and just want to play a great shooter that’s worth your money, this is a great game to hop into with your friends.