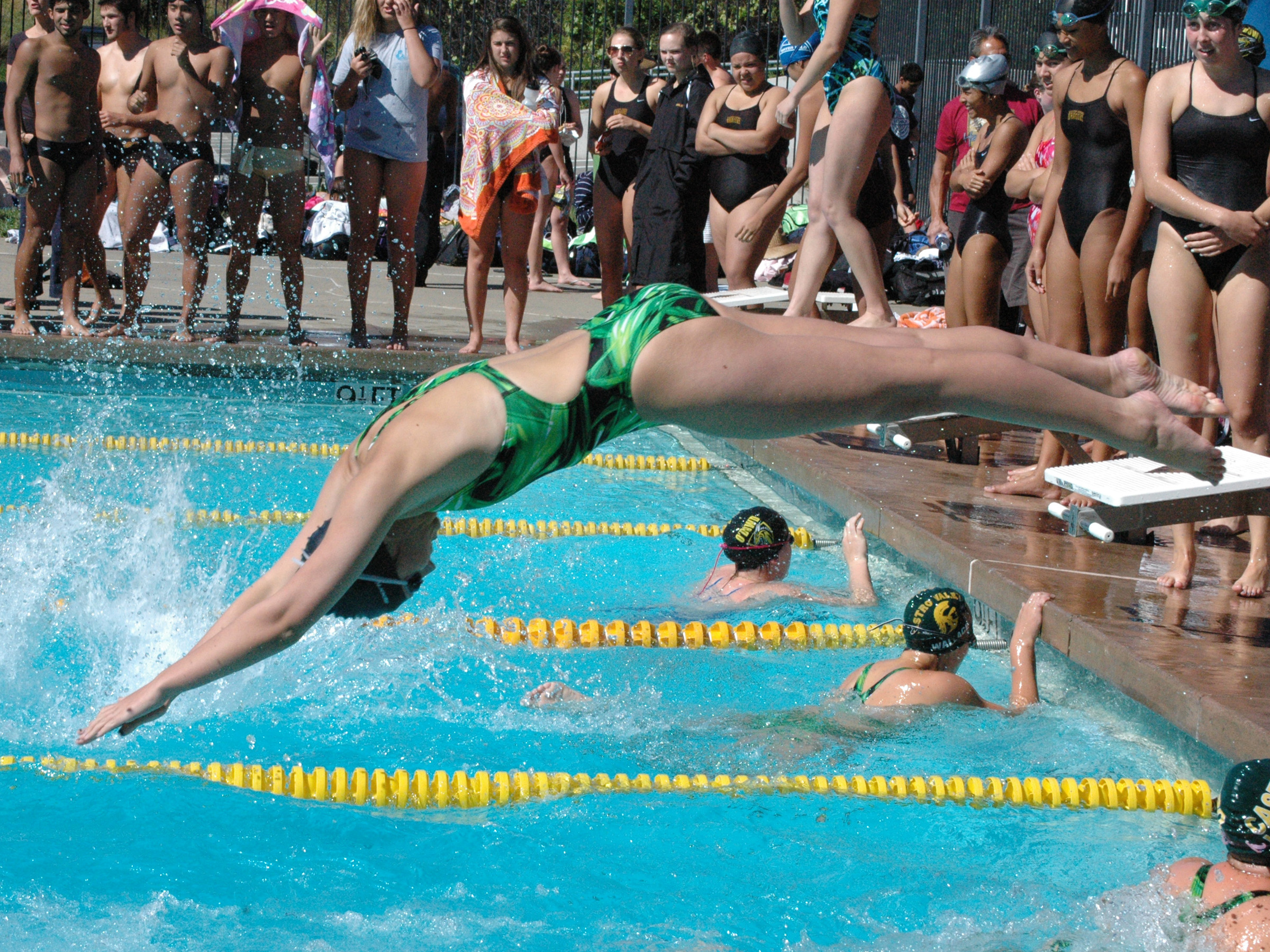 The Trojan swim teams had a tremendous victory as the boys and girls squads swam their way to the top on April 17.

CVHS competed against two other schools, Encinal and our biggest rival, Bishop O’Dowd. Our overall swim team consists of more than 75 enthusiastic swimmers who have more energy than any of the other swim teams.

The first of the competitions was the medley relay, followed by the 200-yard freestyle. After all the events, both the junior varsity and varsity girls and boys smoked their competition, ending with victories of 20 to 100 points ahead of the other schools.

Lauren Wirdzek and Kate Miller placed with the highest scores for the varsity girls, while Miles Teague and Victor Deng placed high for varsity boys.

“We knew going into the meet that the varsity girls had the highest competition, but losing wasn’t an option,” said Wirdzek. “As a team, we rely on each race to score points, so I put a huge amount of pressure on myself to do well. I was really nervous!”

The swim teams were ecstatic about their notorious win and have high hopes for the rest of their season.

“When we found out we won we were really excited!” said Wirdzek.

At the rate in which the team is going, the swim teams feel optimistic about their goals and the rest of their season.

“We have the strongest team in the WACC from top to bottom,” said coach Brian Berry. “We may not win every race, but when we have three or four swimmers competing in an event, all of them will score points for CVHS. No other school has this level of depth.”