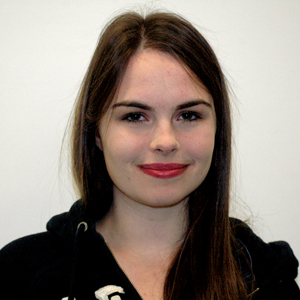 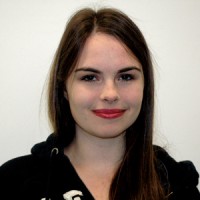 Reproductive rights are a major point of debate in political discussions. Most liberals feel that women should have the right to control their own bodies, while conservatives usually argue that abortion is a breach of the sanctity of human life. I personally believe that the government should not have any involvement in what women decide is best for themselves when it comes to reproduction, but having grown up in a Catholic family where the value of life was always emphasized, I can see that there are well-meaning people on both sides of the issue.

But I have a hard time understanding how some Republicans can mean well when they argue that rape victims should be forced to carry their rapists’ children to term when they are impregnated.

In August, Missouri Congressman Todd Akin, who is currently running for U.S. Senate, made an explosive comment regarding his views on abortion in cases of rape: “From what I understand from doctors, that’s really rare. If it’s a legitimate rape, the female body has ways to try to shut that whole thing down. But let’s assume that maybe that didn’t work or something. I think there should be some punishment, but the punishment ought to be on the rapist and not attacking the child.”

It is ignorant and insensitive to imply that any rape is legitimate by referring to some assaults as “legitimate rape.” We live in a time where it should be common knowledge that if a woman doesn’t consent to sex at any point and it is forced upon her in anyway, it is rape.

Rape is one of the most heinous violations a person can experience, and it is appalling that a senator would argue that a victim should be violated even further by denying her the right to choose whether she will have her rapist’s child. Akin mentions the child and the rapist when he discusses how rape should be dealt with, but he never mentions the wants or needs of the woman. His comment makes it hard to believe he cares about the experiences of women at all.

Akin is not the only politician to have made an offensive comment regarding this issue. Vice-presidential nominee Paul Ryan referred to rape as a “method of conception.” This comment shows an absolute disregard for women’s experiences. Ryan spoke of the issue as if the physical result of rape were the only thing that mattered. Ryan has shown that he believes that women are simply receptacles for making babies by completely disregarding the trauma they may have experienced through rape.

Some people argue that these comments are not reflective of the Republican Party as a whole. Mitt Romney claims he would not take away abortion rights in the case of rape, but the Republican Party platform shows this may not be true. The platform states the Republican stance on abortion: “we support a human life amendment to the constitution and endorse legislation to make clear that the Fourteenth Amendment’s protections apply to unborn children. We oppose using public revenues to promote or perform abortions or fund organizations which perform or advocate it.” This section mentions nothing about exceptions in cases of rape or incest, showing that, if elected, Republican politicians could very well lead us into a period of extreme and harmful abortion restrictions.

More than 32,000 women are impregnated as a result of rape a year, according to the Rape, Abuse & Incest National Network.  That is five percent, or one in 20 rape victims.  This is clearly a significant issue, and women need politicians who will strive to address the issues that come with sexual assault. We as voters cannot allow our representatives to enact laws restricted the rights of those who have already had them taken away.