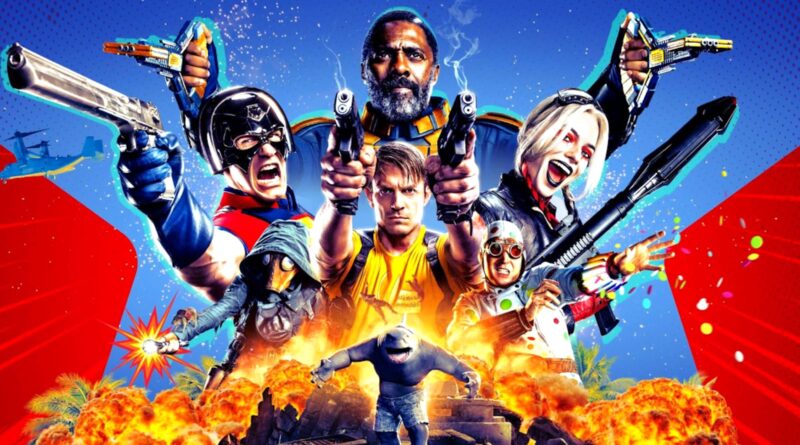 “I’m a superhero!” Polka Dot Man yells triumphantly to Starro, the giant intergalactic starfish, before being crushed into oblivion seconds later. At the climax of the movie, the Suicide Squad battles a massive, godzilla-like starfish that was brought to Earth and then experimented on by evil genius, Doctor Gaius Grieves. Using their abilities, supervillains Harley Quinn, Bloodsport, King Shark, Polka Dot Man, and Rat Catcher 2 put up a brutally entertaining fight against Starro.

James Gunn’s “The Suicide Squad” is a big step up from its predecessor, “Suicide Squad.” The movie feels as dark and realistic as possible while maintaining the core elements found in a good superhero film. From people being brutally murdered to the tragic backstories of each character, “The Suicide Squad” has a wide variety of scenes sure to keep every viewer entertained.

Like the first movie, “The Suicide Squad” starts off with US agent Amanda Waller putting together a team to do an impossible mission. She gathers a group of accomplished supervillains, including Bloodsport, Rick Flag, Harley Quinn, King Shark, Polka Dot Man, and Rat Catcher 2 (as well as others), to execute a mission codenamed “Project Starfish” on the remote island Corto Maltese. The supervillains fight their way through the jungle of Corto Maltese to find themselves faced with multiple enemies.

“The Suicide Squad” is unique in that it causes viewers to be emotionally connected to traditionally evil characters. Instead of being repelled by a character like Bloodsport who “put Superman in the ICU with a kryptonite bullet,” viewers are emotionally connected to him after learning about his parentless daughter. Harley Quinn, seen as a murderous lunatic to many superhero fans, is shown as a survivor of mental and physical abuse by her ex-boyfriend, the Joker. Even King Shark, a giant man-shark hybrid, allows viewers to be drawn to his somewhat innocent and unintelligent character.

“The Suicide Squad” is a dark humor-filled, unique, and creative movie written and directed by the accomplished Gunn. Gunn successfully uses existing comic book characters that were previously considered boring or unnecessary and turns them into audience favorites. He does this while following an interesting, funny, and brutally violent plot.

My one criticism is that it doesn’t fit very well into the disorganized DC Universe. It is obvious that DC made an effort not to connect it to any of their other movies. As a stand-alone movie, however, it is excellent.